Hit enter to search or ESC to close
Crisis PR

Crisis PR: Comey – a Triumph of Strength, Strategy and Values

We can learn a lot about how to deal with crises and crisis PR from studying others under extreme pressure.

It’s hard to imagine what it’s taken for James Comey to withstand the sustained controversy of, first, the Clinton email investigation and the rest of the chaos before the election, and 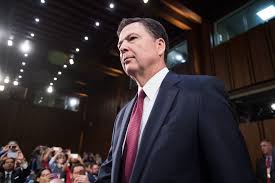 then his sacking, plus the grossly unfair name-calling – ‘nut-job’!

The indignation, the sense of wrong, the hurt. It distorts the thinking, clouds judgment, creates doubt and worse, creates despair and depression.

His strength and his values under the immense pressure are, to say the least, impressive.

It’s not just Comey’s well-measured and incisive presentation during his sworn testimony before the Senate Intelligence Committee. The first indication for me of the man’s capacity for cool decision making was his foresight, the first shot in his campaign, in leaking the memo alleging that Trump had pressured him to stop the investigation into the Russian Affair. It fits with a person who’s made a career of thinking strategically rather than the knee-jerk reactions of a tactical thinker, like his nemesis, the president.

Having worked in this space – Crisis PR – I see patterns of behaviour. So allow me some guesses and armchair observer status:

They will have rehearsed the presentation at the hearing, to a point where Comey could anticipate each question, and how to answer; but not so much that his responses sounded rote. Spontaneity is important.

They might even have advised him not to read the papers or watch TV – the hurtful and distracting commentary – but trust his team to be his source in information, strength and inspiration.

What stands out to me with Comey, is the strength of the person. His values, now so much on display, are rare. I know from watching others close-up in my own work, that these come from deep within, either from family, religion, a career of trial and error, or somewhere else. It’s fair to say, Comey has probably been preparing for this week, over a lifetime.