Cheque book journalism: no dilemma for tabloid (and many other) journalists

By Peter WilkinsonAugust 20, 2014 No Comments

The issue of cheque book journalism comes up again and again. It’s an important topic for all public relations practitioners because at some stage we will be confronted with this from a client, “Can I sell my story?”.

The answer should be ‘Yes’. Mostly.

On Saturday (6th August) Tim Barlass asked me if the Pulvers should receive money for Madeleine’s story. My

short answer (as reported in the Sun Herald story) was, ‘No’. I said I would be surprised if the family was interested in cheque book journalism; rather their focus would be on keeping Madeleine out of the media.

But that’s for her protection and that aside, I am a great supporter of paying people for their experiences.  It’s no different from writing a book where an author gets paid for his/her story and effort in the publishing process.

Coincidentally, off the back of the Murdoch hacking story, the New York Times’ Jeremy Peters has written an excellent piece about this. It’s below. Judge for yourself whether payment for stories is a weakness or a strength of tabloid journalism: would the stories have been  better off untold, which is what may have happened if no money incentivised the process.

The practical problems for a journalist and publisher are two-fold:

First, when the cheque book comes into play there is a temptation to exaggerate, even invent, what happened to make the story worth telling. Journalists are bound to do what they can to check the truth in a story; corroborating facts is simply more critical.

Second, the person selling the story loses credibility and so does the story. This is a problem to be considered by the public relations practitioner negotiating the arrangement. The public generally don’t like it when people sell their story, or when a publisher has bought it, unless there is a clear motive that has nothing to do with enrichment.

Paying for News? It’s Nothing New 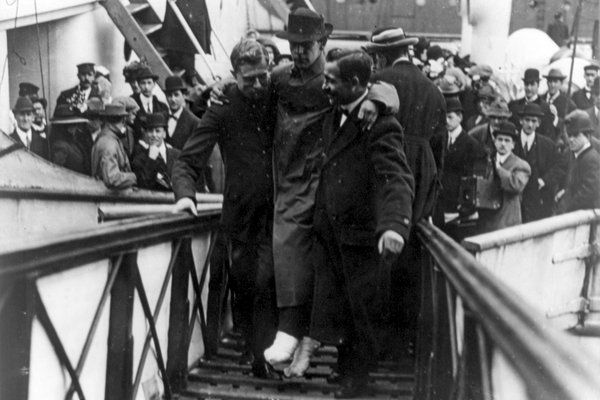 In April 1912, The New York Times paid $1,000 to Harold Bride, the surviving operator of the Titanic’s wireless communications system, for his harrowing tale. 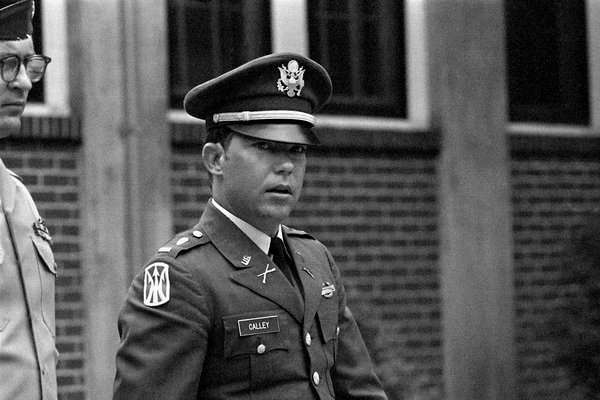 In 1970, Esquire paid $20,000 to William L. Calley Jr., the Army lieutenant at the center of the My Lai massacre in Vietnam, for his “confessions.” 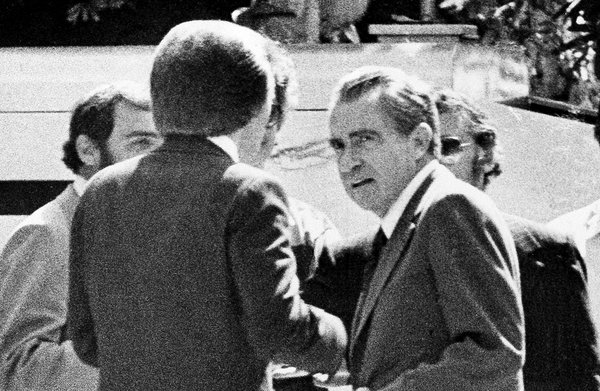 In 1976, the British journalist David Frost secured his interviews with Richard M. Nixon after offering the former president a staggering sum of $600,000. 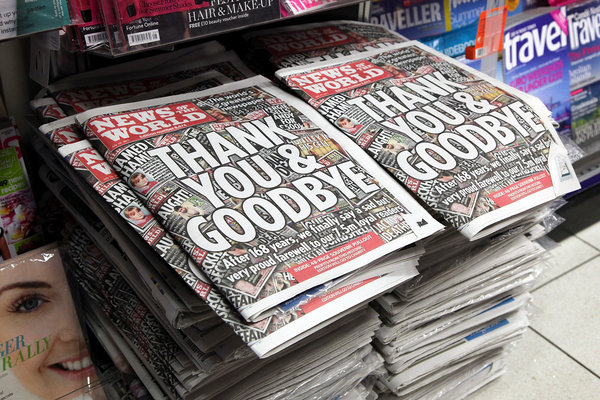 In July 2011, The News of the World closed amid accusations that the paper’s journalists routinely paid the police for information as well as hacked the phones of crime victims. 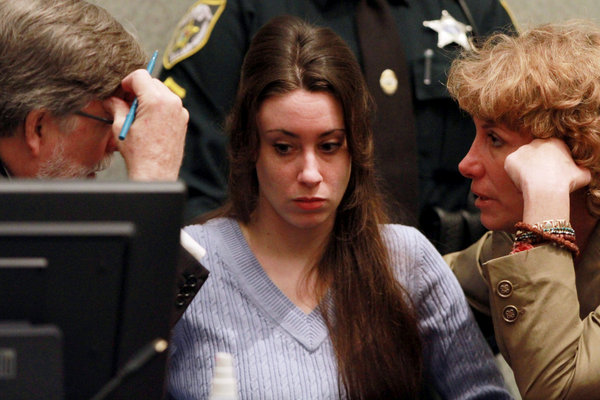 Also in July 2011, ABC News came under scrutiny for a flurry of payments in pursuit of sought-after news subjects like Casey Anthony, center, the mother tried and acquitted in the death of her young daughter. 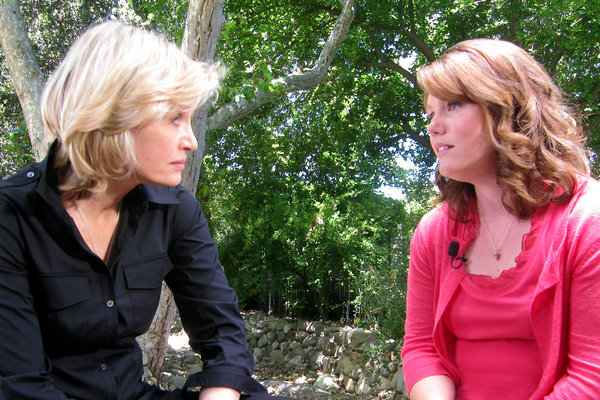 A longtime ABC News executive said the network paid a six-figure sum for rights to home movies of Jaycee Lee Dugard, at right, a young woman held captive for 18 years in California. Diane Sawyer, left, secured the first-ever interview with Ms. Dugard, which aired on July 10, 2011.

Jeremy W. Peters is a media reporter for The New York Times.

IN April 1912, the surviving operator of the Titanic’s wireless communications system was paid a handsome sum for his account of narrowly escaping death aboard the sinking ship.

It will probably surprise some journalistic purists to learn that the news outlet that forked over $1,000 for Harold Bride’s harrowing tale — multiple times his annual salary — was not some sensationalist purveyor of yellow journalism,  but The New York Times.

Evolving standards or no, checkbook journalism has been a persistent and problematic feature of news coverage at even the most powerful and reputable news organizations, long predating the hyper-competitive 24-hour cable news cycle and the celebrity gossip boom.

And the issue is not likely to disappear anytime soon, even with ABC News’s contriteacknowledgment last month that to protect its reputation, it would have to cut back on the kinds of payments that have helped the network score a string of major exclusives in recent years. In Britain, public tolerance seems to have reached its limit with revelations that journalists working for Rupert Murdoch’s recently closed News of the World routinely paid the police for information as well as hacked the phones of crime victims.

Far from existing at the periphery of journalism and society, the payments have reached the highest levels of politics. Newsmakers who have been cut large checks over the years include not just players in courtroom melodramas like the Casey Anthony and O. J. Simpson trials, but former presidents.

When the British journalist David Frost secured his interview with Richard M. Nixon in 1976, it was because he outbid his American competitors, offering the former president a staggering sum of $600,000.  But Mr. Nixon wasn’t the only ex-president paid to appear on camera. Dwight D. Eisenhower and Lyndon B. Johnson both received sums from CBS News for sitting for interviews after they left office.

Networks have long employed the use of high-dollar consulting contracts, which allow them to effectively place prominent political figures on retainer. Gerald R. Ford and former Secretary of State Henry A. Kissinger signed exclusive arrangements, each reported to be in the $1 million range, as NBC News consultants. Exclusive consulting arrangements exist today most visibly on Fox News, with its hiring of Sarah Palin, Karl Rove and other prominent Republicans as contributors.

Every so often, instances of checkbook journalism produce enough of an outcry that the media business does some soul-searching, as it is doing now.  ABC News in particular is under scrutiny for a flurry of payments in pursuit of sought-after news subjects like Ms. Anthony, the mother tried and acquitted in the death of her young daughter; Jaycee Lee Dugard, a kidnapping victim held in captivity for almost a decade; and Meagan Broussard, the 26-year-old who received lewd photos from Anthony D. Weiner, the congressman who later resigned.

After each revelation that money has changed hands in pursuit of a major scoop, a familiar cycle of denial followed by a carefully parsed explanation tends to emerge. News outlets twist themselves into logical knots insisting that they do not pay for interviews. The payment is always for something else, tangible or intangible, like one’s time or the rights to memorabilia. It is a rare but sometimes necessary evil, they say.

The jargon may be different now, but the debate has been the same for decades. Before there were licensing fees — the arrangement popular with news outlets today, in which they pay an interview subject to broadcast personal photos or video — there were “memoir” fees paid to newsmakers for recounting their stories at length. Esquire, for instance, paid $20,000 in 1970 to William L. Calley Jr., the Army lieutenant at the center of the My Lai massacre in Vietnam, for his “confessions,” which the magazine used as the basis for a series of articles.

One of the biggest controversies over such payments erupted in 1975 after CBS News coughed up a reported $100,000 for an extended interview with the former Nixon chief of staff H. R. Haldeman, who spent 18 months in prison for his role in the Watergate scandal.

At the time, Robert Chandler, a CBS vice president, justified the payment as “a memoir of his five years at the White House. That’s different from paying for a breaking news story.”

The CBS rationalization — after all, its payment was little different from a hefty book advance to a controversial figure — shows that the issue of paying for news is rarely black and white.

More than 30 years later, the gray areas are as opaque as ever. ABC News is correct when it says a $200,000 payment for videos of Ms. Anthony’s dead daughter didn’t violate network policy. It didn’t pay for an interview, after all. But it did indirectly subsidize Ms. Anthony’s lawyers, who used the money for her legal defense.

It wasn’t the first time a news outlet had subsidized the defense of prominent criminal suspect. During the Lindbergh kidnapping trial in 1935, Hearst Newspapers paid for a high-profile attorney to defend the man accused, Bruno Hauptmann, in an arrangement that guaranteed them exclusive access.

Experts said the practice of paying for news might not keep embarrassing news organizations if they weren’t so murky about their standards.

“It has been handled in a fairly dishonest way by news organizations that view it as a disreputable practice,” said Lorna Veraldi, an associate professor of journalism and mass communications at Florida International University, who has studied and written about the issue. “They pretend not to engage in it by paying for memoirs or for photographs, but that has made it a subject of more outrage.”

Just how much outrage is focused on the issue is difficult to gauge. Indeed, part of the reason checkbook journalism endures could be that most Americans don’t see it as a major offense.

“I’ll be honest with you,” said Kevin Z. Smith, chairman of the ethics committee of the Society of Professional Journalists, “there’s no groundswell from citizens’ groups’ saying, stop paying for stories because you’re tainting the truth.”

For now, though, ABC News has acknowledged that paying for exclusives harms its reputation, and a criminal inquiry is unfolding in Britain.

But experts said don’t be surprised if checkbook journalism resurfaces, perhaps under another guise.

“These news organizations will have to feign shock and horror and figure out another way to do it surreptitiously,” said Robert Boynton, director of the long-form journalism program at the Arthur L. Carter Journalism Institute at New York University.

“It goes on because money is the literal coin of the realm. It is going to continue no matter what.”