When PR Goes Rogue, Everyone Loses

By Peter WilkinsonFebruary 6, 2018 No Comments

The Bell Pottinger catastrophe is a harsh reminder of the value of values.

The British firm co-founded by Lord Tim Bell, to whom the New York Times attributes the phrase, “Morality is for priests… not PR men,” has now collapsed with all 250 staff laid-off, following a crisis of their creation in South Africa. 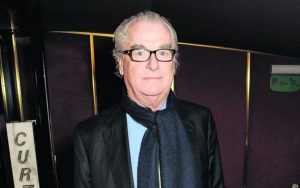 Never was the saying, ‘If you lie with dogs, you get fleas’ more apt.

The NYT (4 Feb) has published a devastating summary of the sins of the company. It describes how the extraordinary breach of ethics in South Africa was the culmination of years of Bell Pottinger’s “go anywhere, do anything” ethos.

In South Africa, the PR firm was retained to improve the reputation of the corrupt Gupta family. As the NYT explains:
“Ajay, Tony and Atul Gupta had earned fantastic sums leveraging their friendship with President Jacob G. Zuma. By bullying officials and bending regulations to their will, they secured contracts in fields as varied as armaments, mining and railways. They offered ministerial jobs to politicians of their choosing. The Guptas and Mr. Zuma were so intertwined that critics had taken to referring to the “Zupta regime.”

Bell Pottinger’s strategy, in part, appears to have been to promote the plight of African blacks b y exposing ‘white monopoly capital.’ Extraordinarily, it included pitting Bell Pottinger clients against each other. The result was racial tensions, which according to the NYT,
“…rose to levels that had not been felt since apartheid. “White monopoly capital,” a phrase that for years had been confined to left-wing academic circles, was suddenly unavoidable. A political group with reported links to the Guptas warned of a coming civil war.”

How did a PR firm come to design such a morally bankrupt campaign? Apparently the company had a history of defending the indefensible, seeking to,
“…polish the image of dictators (Alexander Lukashenko of Belarus), repressive regimes (Bahrain and Egypt, to name two) and celebrities accused of despicable crimes (the Olympic runner Oscar Pistorius after he was charged with murder).”

While you can read more detail in the NYT artice, my concern is the impact this terrible behaviour has on the reputation of other agencies, particularly as chair of a company made up of agencies around the globe, the Global Communications Alliance.

Every corporate affairs consultancy is exposed to the temptation to defend crooks. I know from bitter experience that it takes time to discover the hidden ethics of some clients – in our early days we were retained by two clients later found to be badly exploiting every-day Australians and damage was done before we stopped work. Now we’re more cautious.

Like a lot of agencies, internally, we promote a culture of scepticism and we turn away dubious prospects; externally we promote our Code of Conduct, which, we believe, goes some way to suggesting to crooks they go elsewhere.

The Bell Pottinger scandal is a reminder that every company needs the trio of an ethical culture, with strong, instilled values, and a clear understanding that good or bad behaviour starts at the top.